The 340B Drug Pricing Program continues to prove itself as a vital source of billions of dollars of funding for much needed patient care. Yet, aspects of the program today are facing significant challenges that threaten the very foundation of the program and our safety-net providers. To sort out these legal, policy, and financial complexities, we’re joined by the definitive 340B Program insider, Ted Slafsky. 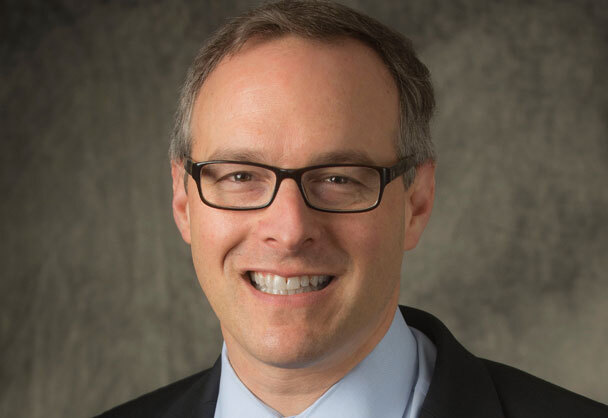 Founder and Principal, Wexford Solutions, and Publisher and CEO, 340B Report

Help reacquaint our audience with the 340B Program and its key benefits.

Ted Slafsky: The program started in 1992, established by Congress, with a strong bipartisan majority. It is intended to help healthcare providers that serve a large number of low-income patients to be able to access lower prices on pharmaceuticals. So providers can stretch scarce resources in their mission to deliver care to all patients regardless of ability to pay.

It's an incredibly important program, one that has grown over the years. And there are a number of different types of entities that qualify for 340B. It's become a really important part of not just patient care, but financial savings for cash-strapped hospitals as well as other entities that serve our nation's most vulnerable patients.

As publisher of 340B Report, what are you hearing from your readers? What are they worried about?

Ted Slafsky: There are three main concerns. One concern is about reimbursement cuts. And that's been a real challenge for the entities that participate in 340B. These include cuts from your typical government payers like Medicare and Medicaid, but also cuts from private payers.

The second concern, and one that’s generating a lot of feedback from the pharmaceutical industry, is duplicate discounting. That means that drug companies are having to discount on the front end with 340B, and on the back end with Medicaid.

And I'd say the third issue, and the one getting the most attention from our readers, is certainly the ongoing battle over 340B discounts in the contract pharmacy space.

What’s behind the dispute between drug manufacturers and contract pharmacies?

Ted Slafsky: It’s the biggest crisis in the 340B program since its inception. The program has worked well for 30 years. A big element of that success is the use of contract pharmacies, which are basically partnerships with community pharmacies that make it easier for patients to access their prescriptions closer to home. Not only is that an important patient care element, but also the financial savings has been very significant, resulting in additional money that hospitals and other providers can use in their patient mission.

The pharmaceutical industry believes the scope of the program has become too big. They believe there are too many contract pharmacies involved. Starting with Eli Lilly, they’re basically saying we're going to stop providing these discounts to the contract pharmacies. And this has caused a big financial hit to 340B providers.

In turn, the government has cracked down on this effort by the pharmaceutical industry, sending demand letters telling the drug companies they're violating the law. The drug industry believes they are not violating the law, and is now suing the government, challenging the legality of the contract pharmacy program.

How has this dispute over contract pharmacies impacted covered entities?

Ted Slafsky:  Covered entities are having to cut back. A Kansas hospital was forced to close its emergency room, which is devastating for a rural community. An Illinois hospital switched out all of its low-cost diabetes drugs and supplies for a more expensive option. These are real problems.

Among the ways covered entities are trying to save money is to actually build up their in-house pharmacy capabilities, including specialty pharmacy. Because the drug company argument is not about having a pharmacy on campus, it’s about partnering with other pharmacies throughout the neighborhoods.

There’s a persistent complaint that the benefit of the program is being transferred from safety net hospitals and other covered entities to private payers. What is actually happening and what recourse is there?

Ted Slafsky: Well, it's a growing trend. Over the last decade or so, we've seen a number of PBMs (Pharmacy Benefit Managers), other commercial payers, and insurance companies ratchet down reimbursement for the pharmacies that participate in the 340B program. They can do that because it's pretty easy to identify which providers participate in 340B. As a result, a lot of the savings from the 340B program is transferred to insurers rather than to health care providers.

It's become such a big issue that over a dozen states recently passed legislation prohibiting PBMs and other payers, particularly on the commercial side, from discriminating against 340B pharmacies. Basically, they can't reduce reimbursement solely for 340B providers because they are getting a lower price on drugs. There's also a Federal effort that would try to codify this on a national basis.

What can you tell us about the Protect 340B Act? What’s in it, and what kind of support does it have?

Ted Slafsky: So far, there’s been a lot of good support from both Democrats and Republicans. It’s an effort to unify some of the state protections for 340B on a national basis.

The pharmaceutical industry has not endorsed it. While not generally opposed to it, their concerns are twofold:

So there’s a little bit of a stalemate. But I do think that addressing the duplicate discount problem through a neutral party is really the way to go.

With all of the other issues before Congress, how optimistic are you that the Protect 340B Act will get any attention?

Ted Slafsky:  You’re right. Lawmakers are distracted with all of these huge issues in front of them. But I do think that the 340B Program resonates with lawmakers because they're hearing a lot from their grassroots constituency about these issues.

I feel pretty confident that these matters will get a lot of attention from Capitol Hill. Whether a bill passes to protect 340B providers on a national level when it comes to reimbursement, that's an open question. But it's the first time these issues are being addressed on a national basis.

I also expect there's a good chance Congress will intervene in the current stalemate around the manufacturer-contract pharmacy issue. There's only so long a covered entity can go before they have to start closing more clinics and really hurt patient care.

So, I expect that may need to be addressed by lawmakers, before the November 2022 midterm elections. To learn more about our 340B software visit our solution page.