The History and Noble Purpose of the 340B Drug Pricing Program

In September, the U.S. Census Bureau announced that the number of Americans in poverty in 2019 was 34 million, about 10.5% of the population. Notably, America’s poor are often clustered in geographic areas. Concentrated poverty is a measure that indicates that at least a fifth of a county’s population is poor. About three in ten rural counties (31%) and about one in five cities (19%) have concentrated poverty.

The 340B Drug Pricing Program enables “safety-net providers”—select hospitals, clinics, and health centers that serve a disproportionate share of poor patients in these urban and rural areas—to buy prescription drugs at discounted prices.

The precursor to the 340B program was the Medicaid rebate program, which was created by Congress in 1990. That program lowered the cost of drugs reimbursed by state Medicaid agencies by requiring pharmaceutical companies to enter into a rebate agreement with the Secretary of the Department of Health and Human Services (HHS) as a precondition for coverage of their drugs by Medicaid as well as Medicare Part B. Under the program, a drug maker must pay rebates to state Medicaid programs for “covered outpatient drugs,” as defined in the Medicaid rebate statute.

The Genesis of the 340B Program

In 1992, Congress extended to safety-net providers a similar kind of relief from high drug costs that Congress provided to the Medicaid program with the Medicaid rebate law. Section 602 of the Veterans Health Care Act of 1992 (Public Law 102-585) amended Section 340B of the Public Health Service Act. It required pharmaceutical manufacturers to enter into an agreement, called a pharmaceutical pricing agreement (PPA), with the HHS Secretary in exchange for having their drugs covered by Medicaid and Medicare Part B. Under the PPA, the manufacturer agrees to provide front-end discounts on covered outpatient drugs purchased by specified providers, called “covered entities,” that serve the nation's most vulnerable patient populations. According to the Health Resources & Services Administration (HRSA), which oversees the 340B program, the purpose of the program is to enable covered entities “to stretch scarce federal resources as far as possible, reaching more eligible patients and providing more comprehensive services.”

Growth of the Program

Over the years, the 340B program has experienced significant growth, with more than 2,500 hospitals participating in the program in 2019, in partnership with over 25,000 contract pharmacies that same year.

How the Savings Are Used

To gauge whether the 340B program is fulfilling its purpose, 340B Health, a membership organization of more than 1,400 public and private nonprofit hospitals and health systems that participate in the 340B program, conducts annual surveys of its members. According to its 2019 annual survey, in which 482 hospitals participated, 100% of the hospitals surveyed reported using their savings to benefit low-income patients and those living in rural communities, most commonly to maintain or provide more patient care services and to support uncompensated and unreimbursed care. Over three-fourths (76%) of Critical Access Hospitals (CAHs) participating in the survey reported that they rely on 340B savings to keep their doors open.

Some critics of the 340B program assert that covered entities are getting rich off the program. However, according to an annual survey by America's Essential Hospitals of the organization’s 300 safety-net hospitals—which are participants in the 340B program—their average operating margin was 1.6% in 2017, less than one-fifth of the average for other U.S. hospitals. Saliently, while these hospitals represent about 5 percent of all U.S. hospitals, they provided 17.4 percent of all uncompensated care, or $6.7 billion, and 23 percent of all charity care, or $5.5 billion in 2017.

The significant number of Americans living in poverty and their concentration in urban and rural areas puts healthcare providers serving those communities in a difficult financial position, as they must deliver a disproportionate amount of uncompensated care as well as charity care. The 340B program benefits those safety-net facilities, granting them material savings on their drug purchases which allow them to provide

additional programs and services to low-income, rural, and/or vulnerable patients. In short, the 340B program is a critical component of America’s healthcare safety net.

Join us on Monday, Nov. 9 on to learn more about “Critical Strategies for 340B Program Compliance and Optimization.” This CE-accredited session is part of Omnicell Illuminate 2020, the year’s biggest digital event for inspired medication management. Register today.

The views and opinions expressed in this blog are those of the authors and do not necessarily reflect the official policy or position of any other agency, organization, employer or company. Assumptions made in the analysis are not reflective of the position of any entity other than the author(s). These views are always subject to change, revision, and rethinking at any time and may not be held in perpetuity. 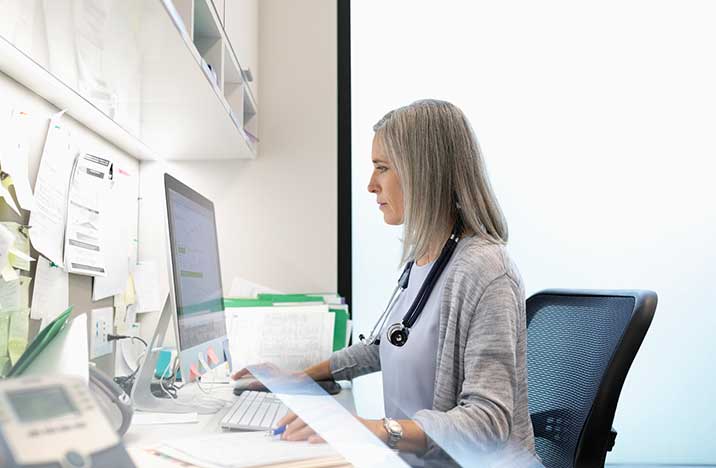 Join our blog community to receive updates when new articles are posted.