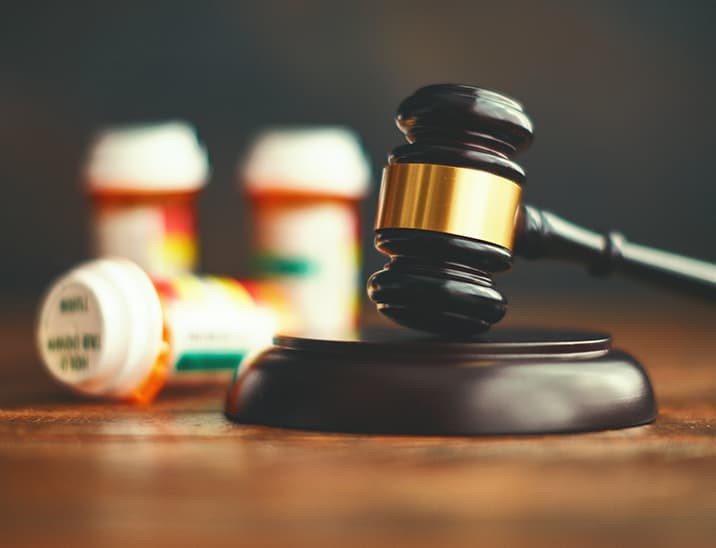 Ted Slafsky
Founder and Principal, Wexford Solutions, and Publisher and CEO, 340B Report

After a long period of treading water, recent developments in federal court bode well for 340B providers trying to restore access to 340B pricing in the contract pharmacy setting. A close review of recent government court filings also provides a strong endorsement for a key but highly debated tenet of the 340B program.

Although hospital groups were not successful in their motion to intervene in the lawsuit between AstraZeneca and U.S. Department of Health and Human Services (HHS), the Biden Administration is taking a more aggressive posture on a number of fronts that are welcomed by the 340B covered entity community.

In an  April 19 joint status report to Judge Ketanji Brown Jackson of the U.S. District Court for the District of Columbia, government lawyers and plaintiff Ryan White Clinics for 340B Access (RWC-340B) revealed that the 340B alternative dispute resolution (ADR) process is back on track. According to the court filing, the Health Resources and Services Administration (HRSA) has sent HHS Secretary Xavier Becerra’s office “recommended new appointments to the ADR Board to correct for shortcomings in the prior slate of appointments. This will allow HHS to move forward with implementing the ADR Rule.”

It remains unclear what HRSA perceived as shortcomings in the previous slate of candidates appointed by former HHS Secretary Alex Azar. Nonetheless, the government’s pronouncement indicates that it believes it can move forward with the ADR proceedings without having to republish the ADR regulation for notice and comment. While an injunction against ADR proceedings against Eli Lilly remains in place, there are no similar injunctions in the AstraZeneca or Sanofi cases.

More importantly, the government told Judge Brown Jackson that it is “actively considering additional options for agency enforcement of the 340B statute” against drug manufacturers denying 340B discounts on drugs dispensed by contract pharmacies. Many 340B provider groups have been calling on HHS to use its existing authority to take immediate enforcement actions against the six drug manufacturers that have refused to offer 340B pricing or have imposed restrictions.

This is a stark difference from HRSA’s initial reaction last summer when the agency expressed concern about the industry moves but said it was limited in its ability to enforce 340B program guidelines. Hospital groups are calling on Secretary Becerra to impose civil monetary penalties for each instance of overcharges and to require that the pharmaceutical manufacturers refund covered entities for overpayments.

Meanwhile, the government has demonstrated it means business in recent court filings. In separate, but largely identical motions, the U.S Department of Justice has asked federal judges either to dismiss Eli Lilly’s and Sanofi’s claims against HHS as lacking merit, or to summarily rule in HHS’s favor. DOJ is scheduled on May 11 to file a similar motion in Novo Nordisk’s suit against HHS.

In strong and colorful language, the government makes it clear that it believes that the companies are breaking the law and that the manufacturer arguments against the ADR rule and the HHS Advisory Opinion are meritless. The government is not subtle in its opening line:

“This case, which—most unusually—challenges two discrete agency issuances on every conceivable ground, culminates a brazen strategy by a cohort of large, highly profitable pharmaceutical companies unilaterally to upend the decades-old, settled operation of a statutory program that provides discounted medications to safety-net healthcare providers and their uninsured and underinsured patients.”

Moreover, the government briefs reinforce the 340B provider perspective on 340B’s purpose:

“Drug discounts ‘enable these entities to stretch scarce Federal resources as far as possible, reaching more eligible patients and providing more comprehensive services,’ H.R. Rep. No. 102-384, pt. 2, at 12 (1992) (conf. report)….and also may benefit uninsured and underinsured patients, when covered entities opt to pass along the discounts by helping patients afford costly medications. Congress expressly conditioned drug makers’ access to an incredibly valuable federal benefit—coverage of their products under Medicaid and Medicare Part B—on manufacturers’ choice to participate in this drug-discount scheme, known as the ʻ340B Program.ʼ”

“the providers, in turn, can generate much-needed revenue through sale of those medications (particularly to patients who are insured) or pass along the discounts directly to patients. The 340B Program has served a crucial role in facilitating healthcare for vulnerable patients ever since.”

Over the years, there has been an ongoing debate over what Congress intended when it established the 340B program. Providers point to the U.S. House report language that accompanied the bill that says the program is a provider benefit intended to help safety net hospitals and clinics stretch scarce resources and expand patient services. However, drug manufacturers and their trade groups often misrepresent the 340B program simply as a program intended to lower drug costs for low-income patients.

While HRSA’s Office of Pharmacy Affairs has always concurred with the 340B providers’ interpretation and prominently displays this viewpoint on its home page, the agency has been reluctant to weigh in on a central element of a successful 340B program: the ability to generate revenue.  In fact, 340B provider advocates have had to cite a 16 year-old manual that HRSA created for hemophilia treatment centers to justify charging commercial payers above acquisition cost. The manual rightly points out that there would be no benefit to participate in 340B if covered entities could not make money from the program.

340B providers will welcome the tone and conviction from the government, a notable change from just six months ago. Although there will be more twists and turns, it looks like the chaos that 340B stakeholders have experienced for close to a year may be coming to an end.

The views and opinions expressed in this blog are those of the authors and do not necessarily reflect the official policy or position of any other agency, organization, employer or company. Assumptions made in the analysis are not reflective of the position of any entity other than the author(s). These views are always subject to change, revision, and rethinking at any time and may not be held in perpetuity.